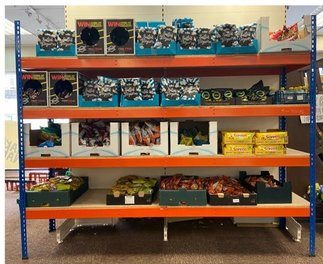 Pay As You Feel was adopted from a successfully used concept in Australia, whilst Adam Smith – TRJFP Founder, was travelling in 2012/13. Food is not free, it has a value, and we wanted people to understand the value of food, all the way from production to purchasing – not just the price! The PAYF model in Australia had suggested donation amounts, which contributed towards the running costs of the establishment, but Adam thought he could evolve the model further. Upon his return to the UK in December 2013, he opened the world’s first PAYF café, which not only uses surplus food, but also allows people to pay with money, time and/or skills – valuing people, regardless of their social status and income, but instead treating every single person as a human being. PAYF has empowered people to get involved in the project and feel valued for whatever they have to give. It has broken down social barriers and created community areas that supports their local area and other community projects.

Food is not free! It has a value, and so do you!

Food is a basic human right, and we all need it to live.

At TRJFP we do not charge for the food. All food is PAYF. Everyone should have access to food, no matter of their status. We aim to create a world where this happens, using surplus food as a tool to empower people in the fight against food waste. However, there are costs associated with our operations. We ask for these costs to be covered, so that we can continue building the infrastructure for systematic change within the food industry.

Visit us in Doncaster at our Kindness Sharehouse – For more details have a look at our locations.

We look forward to seeing you very soon!

We use cookies to ensure that we give you the best experience on our website. If you continue to use this site we will assume that you are happy with it.AcceptPrivacy policy